Learns to Dive at your own pace

<< BACK TO ARTICLE PAGE 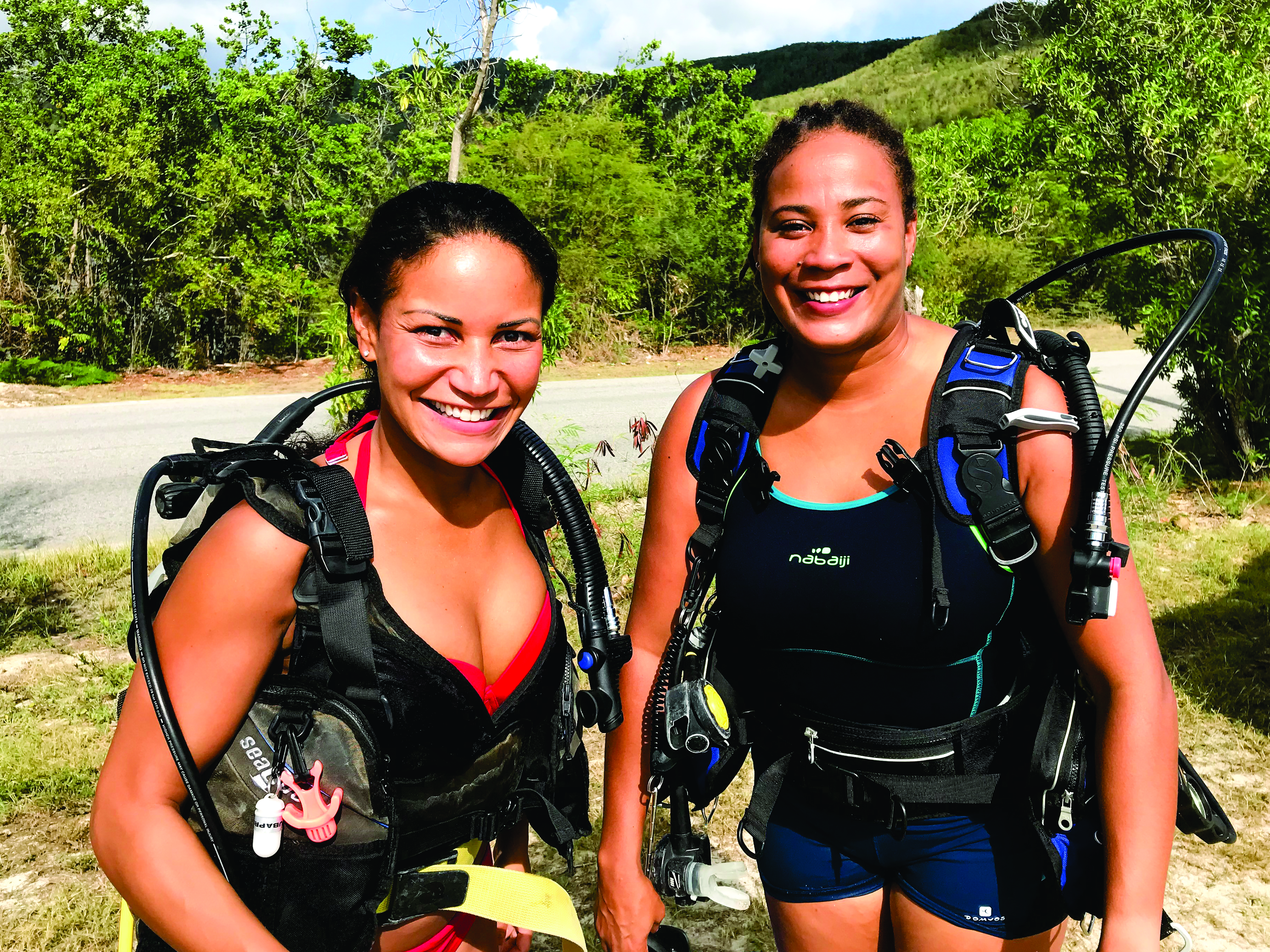 Learn to dive – at your own pace

With more than six decades in the industry, family-run Antigua Scuba School offers bespoke intimate tuition, and a chance to get up close and personal with some of the island’s most intriguing inhabitants

Adorable baby Leo isn’t the only VIP that guests booking a dive course with the family-run Antigua Scuba School can hope to meet. If they’re really, really lucky they might encounter Georgette too.

And while this 4ft bundle of love is referred to affectionately as a ‘puppy dog’, Georgette is in fact a benevolent nurse shark. She earned her canine nickname on account of her habit of directing her diver friends to invasive lionfish for them to cull and place on the reef for her to eat.

“Much like a puppy brings you his bowl when he’s hungry,” smiles the school’s co-owner Kristina Kotusiewicz. “We first met her six years ago as a 14-inch pup; she was always curious and so smart. She has trained us to feed her. She’s incredibly friendly and will bump us and stay with us for the whole dive.”

Often unfairly maligned, sharks have a special place in Kristina’s heart. “They are my favourite creature,” she says. “Every time one looks in my eyes I am extremely humbled.”

Aside from their intelligence, research suggests sharks also play a key role in regulating the health of coral reefs.

Those found in Antigua’s famed waters are typically small Caribbean reef sharks. There is one experience though that Kristina will never forget.

“I was with a student and we were about four miles offshore when we came across a huge turtle munching on a sponge. We had a buoyancy skill to do so I decided to do it there so we could watch the turtle,” she says.

“I saw my student look over my shoulder and his eyes got so huge I felt the hairs go up on the back of my neck. I turned around and all I saw was teeth. It was a four-metre tiger shark; she was debating whether to eat the turtle. That image is burned in my brain forever.”

“Our reef is pretty healthy because it’s been spared direct hits from hurricanes and we don’t have the large numbers of tourists that some islands have. Eighty percent of our clients say it’s one of the most beautiful they have seen,” Kristina says.

In February, Antigua Scuba School will mark its fifth anniversary. The enterprise came about during another chance encounter – this one on dry land. Kristina was in Cozumel in September 2015 when she met her husband Krzysztof – aka ‘Wilder’ – who was running a Divemaster programme there.

It was on the couple’s very first date that the idea to set up a school together in Kristina’s island home of Antigua was born. Completing the team is Kristina’s mother Dianna Craig, a former kindergarten teacher who has been teaching diving for more than 30 years.

The school sets itself apart by offering both PADI and SSI training courses. And whether catering to amateurs or certified divers, its small, intimate groups afford utmost care and attention.

“We don’t like the ‘cattle boats’; we prefer everyone to have VIP, one-on-one tuition without paying top dollar,” Kristina explains. “We are ideally positioned to cater to private yachts as we are very flexible, we will take trips to any part of the island and we’re happy to use a yacht’s own tender if the client wishes.”

Collectively, Antigua Scuba School boasts more than six decades in the industry and has trained hundreds of people to dive safely and competently, while enjoying the sights and sounds of the country’s subaquatic world.

Beginners’ courses take two to four days to complete and include full instruction in theory, plus pool training and open water dives. 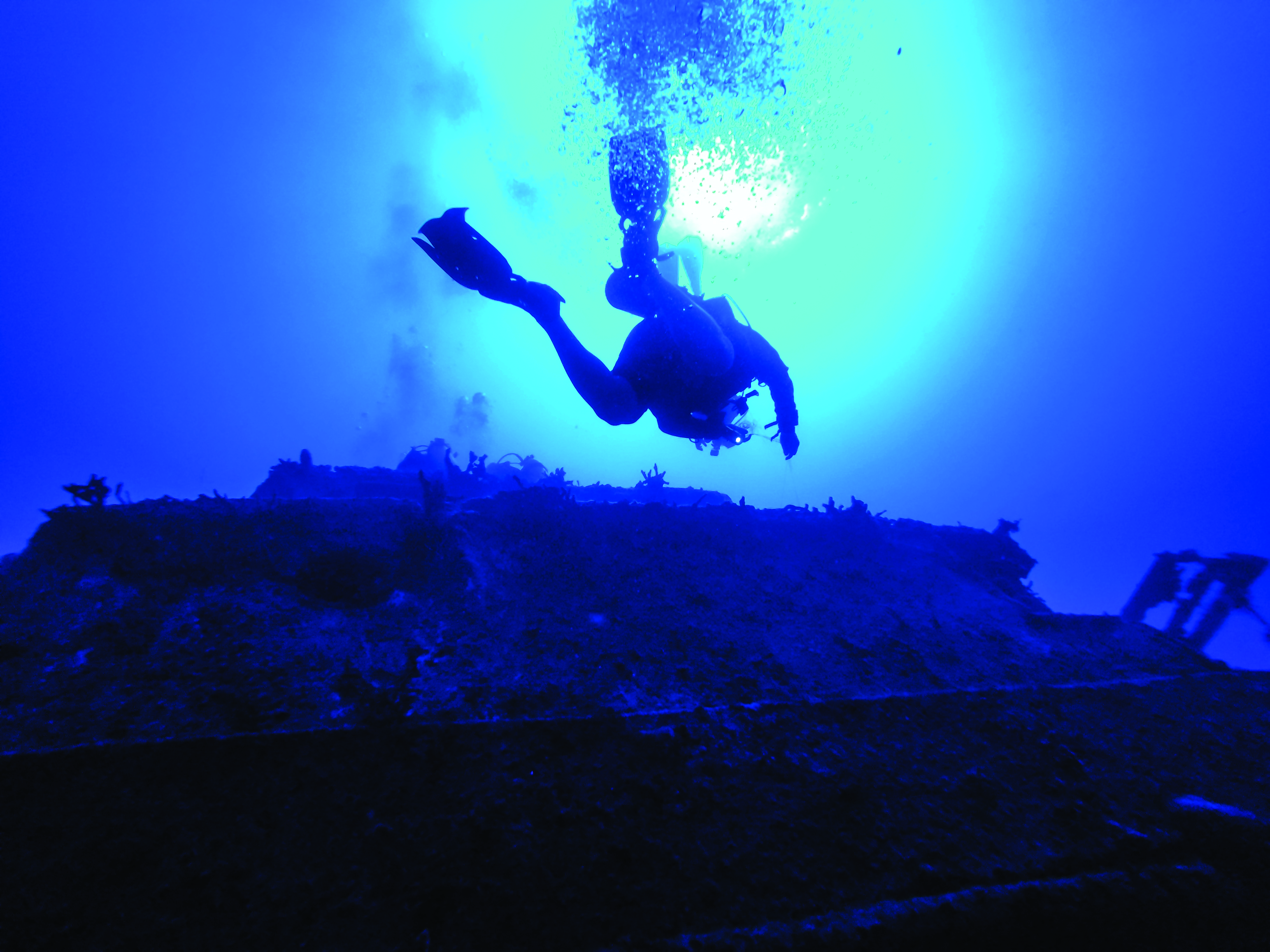